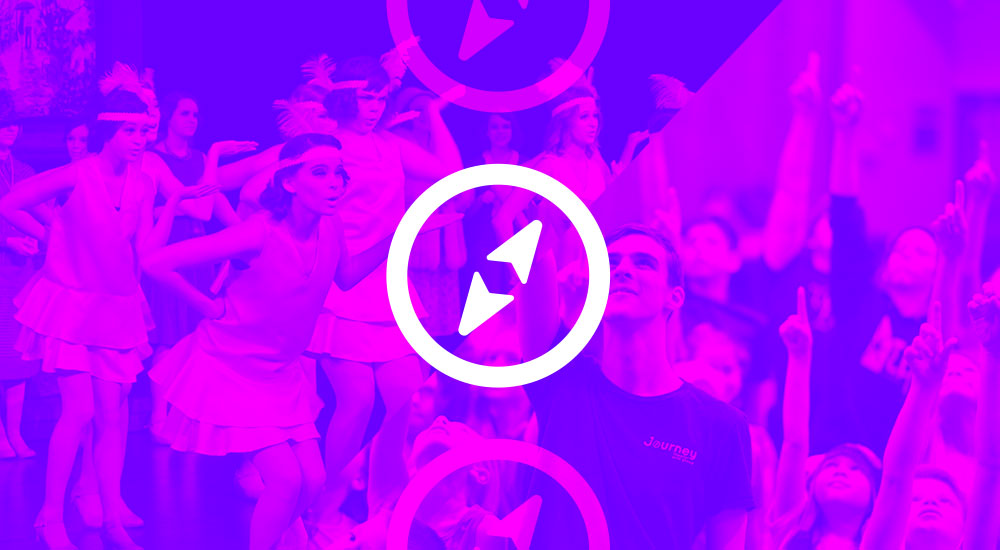 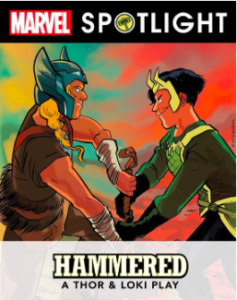 (MARVEL SPOTLIGHT) NON-MUSICAL
As Thor struggles with the stress of final exams, his brother Loki finds himself under a different sort of pressure. Neither are beneath pranks in the endless competition for their parents’ favor. But underneath all the thunder and mischief, these two Princes of Asgard discover a bond that will last millennia.
Director

Monday, April 5: All audition materials due by 7pm

Wednesday, April 7: The cast lists will be posted at 5pm

April 23 through May 15: Rehearsals on Fridays from 6 to 9pm and Saturdays from 9am to 1pm, at Firm Foundation Christian School

May 16 and May 18 through 22: Filming at Love Street Playhouse

Production Information
Rehearsals:
Hammered will rehearse Friday evenings from 6-9pm and Saturday mornings from 9am-1pm, April 23 through May 15.
Rehearsals will be at Firm Foundation Christian School:  1919 SW 25th Way, Battle Ground, WA 98604.
Filming:
Filming will take place May 16 and 18 – 22 at Love Street Playhouse: 126 Loves Ave, Woodland, WA 98674.  All rehearsals are in person and students must be able to attend all filming rehearsals they are called for.
Actors will wear masks at rehearsals; and clear face shields or masks for filming.  Actors may be blocked without social distancing, since they will be masked.
Additional information:
Crew opportunities are available, and parent help will be needed for this show.
Details to follow. 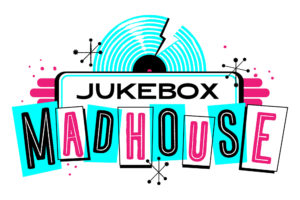 SONG & DANCE TOUR GROUP
It’s the 1950s and TV is the next big thing! An aspiring troupe of show business hopefuls are about to open their act on a variety TV show competition. Anticipation and excitement are high as they stand in the wings ready to bring down the house. Suddenly everything goes wrong backstage… from lost voices, missed cues, and hysterical prop switches, the comedy keeps on rolling! Set to fun, upbeat songs, this mini jukebox musical will have you laughing and clapping along to the beat.
This show will rehearse during Spring session and tour our community Memorial Day through July 4th (with masks).
Director/Choreographer

Monday, April 5: All audition materials due by 7pm

Wednesday, April 7: The cast lists will be posted at 5pm

Saturdays, April 17 – May 29 (tentative): First weeks of rehearsals done via Zoom from 10-11am.  Last several rehearsals will be in person from 10-12, location TBD.

Mondays during Spring Session: There will be some Monday evening rehearsals from 8-9pm at Cascade Park Baptist Church (these will take place following Monday evening classes)

May 31 (Memorial Day) through July 4: Performances in the community

Rehearsals:  Tentative rehearsal dates:  Saturdays beginning April 17 – May 29 with first weeks of rehearsals done via Zoom from 10-11am.  Last several rehearsals will be in person from 10-12, location TBD.

There will be some Monday evening rehearsals from 8-9pm at Cascade Park Baptist Church (these will take place following Monday evening classes).
Annalisa will teach the music and introduce dance numbers on Zoom. After each Zoom call is over, students will have access to step-by-step videos that they must practice with and memorize at home.  Students are responsible to have all their material memorized before the in-person rehearsals.
Performances:
In the community Memorial Day through July 4th (with masks).
Additional information:
Parent help will be needed for this show.  Details to follow.

How will auditions and casting work?

Auditioners need only submit one set of materials even though they may be auditioning for multiple shows. In the descriptions of the shows there are suggested age ranges listed for each show, and you will see there are opportunities for all students 8- 18. This will allow everyone who is cast to have a great part. You will be able to indicate the show (or shows) you are auditioning for on the audition form. We strongly encourage you to audition for more than one show as this will increase your chances of being cast. There are also a number of special crew/filming positions available.

Students must be enrolled in a Spring class with Journey to be eligible to audition.

How do I audition?

HOW DO I AUDITION?
Step 1: Join the google classroom set up for auditions by clicking AUDITIONS CLASSROOM!

STEP 2: Go to the “Classwork” Tab and click on “Submit Audition Here.” You will need to submit/attach the following items to the assignment before submitting:

FOR BOTH SHOWS
1) the audition form (submitted as an assignment)
2) a headshot (in .jpg, .png or .pdf format) A picture of you from the shoulders up—please name the photo with your name)
3) a video of you performing a short comic monologue. SEE AUDITION RESOURCES UNDER CLASSWORK FOR MORE INFO

SUBMISSION DEADLINE: April 5 at 7 p.m
(Auditions can be submitted at any time prior to April 5)

You can more information about auditioning here: https://journeytheater.org/auditions/

How much does it cost?

Students cast in a show pay a $115 production fee.