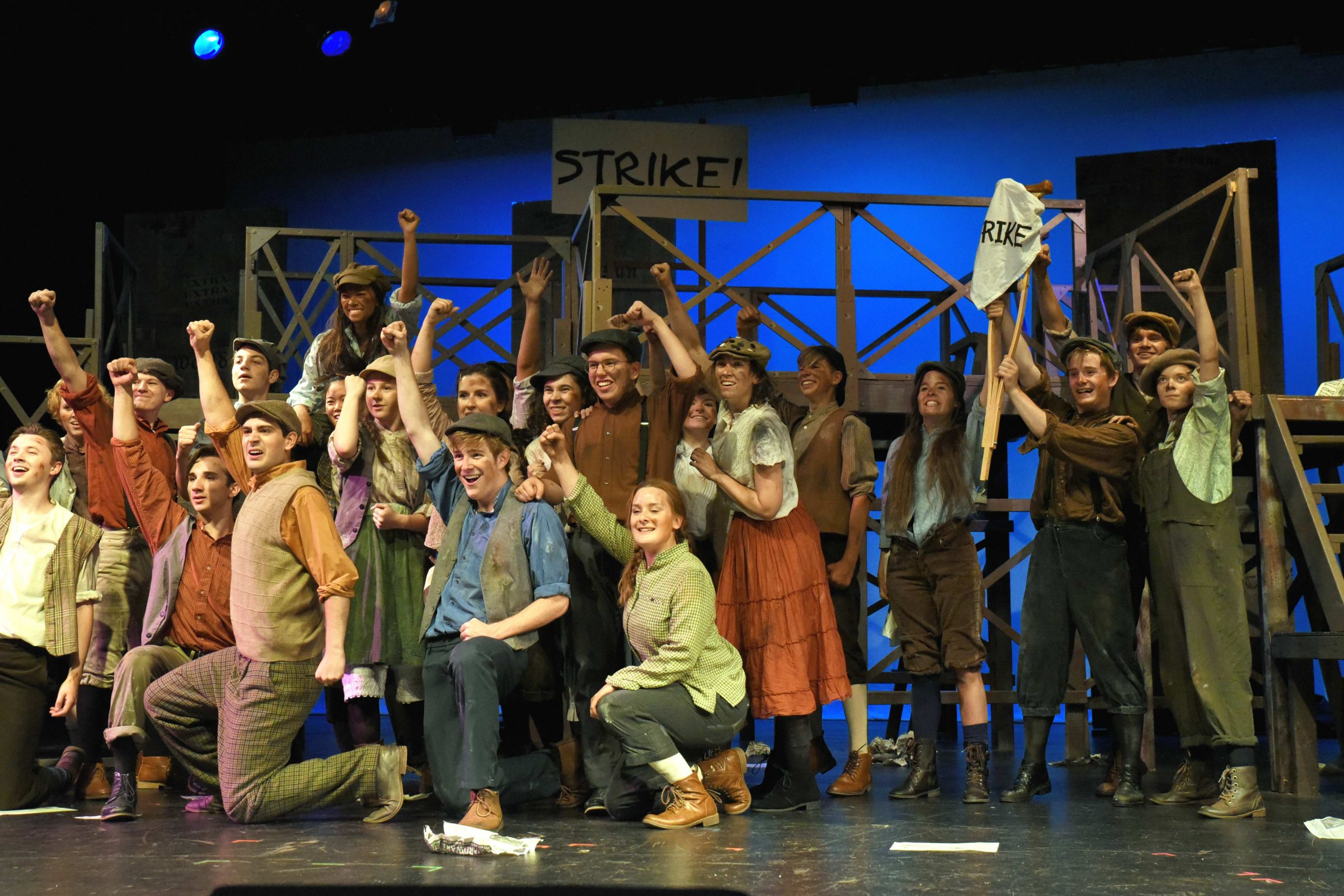 Journey Summer Theater offers the opportunity for adults and kids to audition!  Crew spots are open to ages 12+.

Scroll down for Audition FAQs

2011: Joseph and the Amazing Technicolor Dreamcoat 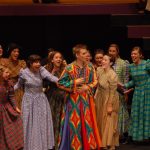 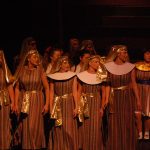 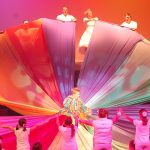 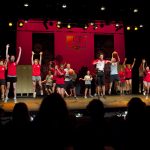 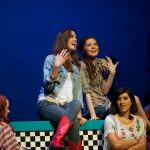 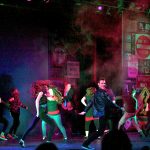 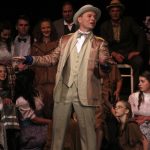 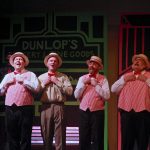 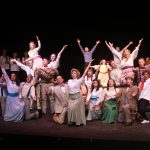 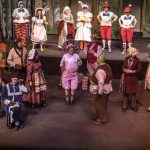 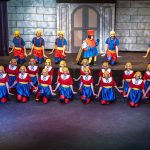 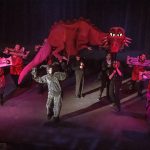 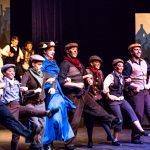 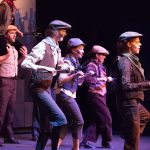 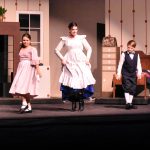 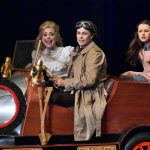 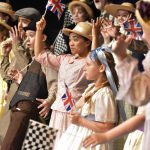 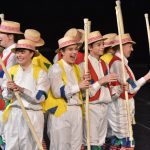 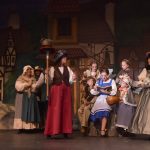 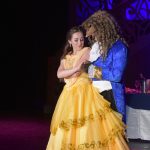 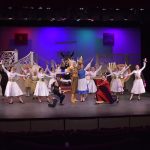 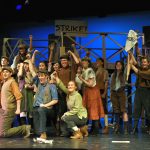 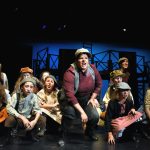 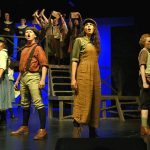 Journey Theater is an educational environment and we want our cast members to improve.  Directors are open to offering feedback, however, for the sake of fairness and growth in professionalism, we ask that you strictly adhere to the Guidelines for Audition Feedback.

For details about our 2022 show, please visit this page.

Do I have to be enrolled in a class to audition?

What do I bring to the audition?
Can I do a practice audition?

We are not able to accommodate practice auditions.

Does everyone who auditions get a part?

There are considerations that could cause a person to be “cut” from a summer show:

If you have questions about this policy, please direct your questions to:

What are the commitments for participating in a show?

An adult from each family with a person cast in the show is required to serve on a Production Committee.

For those 8 – 17, a parent signature is required on the audition form.

Required Production Meetings – dates and times are listed on the show information page.

Cast and crew members are required to be at all rehearsals for which they are scheduled & every performance.   In the case of illness or emergency, notify the Show Coordinator.  Cast members may be removed from the scenes/songs they missed at those rehearsals, at the Director’s discretion.  Excessive absences may result in dismissal from the show.

All rehearsal conflicts must be listed on the Audition form. Unexcused absences may result in dismissal from show.  Please see the rehearsal dates on the audition information page from the show links above.

Cast Members are required to pay a $75 production fee. Some additional costs include make-up, shoes etc.

What if I have scheduling conflicts?

Conflicts may affect casting. You will have an opportunity to indicate any scheduling conflicts on the Audition Form. All cast and crew members must be able to attend every dress rehearsal and all performances.

There are two parts to the Journey Summer Theater audition process.

First, there is the vocal audition where you perform individually.  Your song should be a portion of a song (a song from a musical is great – but not from the show you are auditioning for) that is 16 bars/measures, or 30-45 seconds, and should not exceed 1 minute. The track needs to either be on a CD, or a downloaded MP3 (no streaming). These auditions are closed, which means you will perform for the artistic team, in a room with no audience.

Second, based on your vocal audition, you may be invited to Callbacks.  Callbacks often take place over two days and consist of dance auditions, cold readings from the script, and singing from the score.

Get Your Phone Ready for Auditions
Keys to a successful audition.

•   Dressing nice – not in costume, but like you would for a school presentation.  A clean and professional look goes a long way in making a good impression.

•   Performance energy – move around with gestures and facial expressions that help tell the story.  Song shouldn’t be choreographed per se, but the judges are looking for “stage presence.”

Who are the "Judges"?

The Artistic Team for the show act as judges for the auditions.  Usually, the Director, Music Director and Choreographer are at the table.  They have adjudication forms that they’re completing for each person.  They evaluate:

•   Stage Presence – how a person presents themselves physically

•   Pitch & Range how well a they sings in tune and demonstrates their voice.

They also have a place to write general comments about the performance and start making some decision about who they would like to see at Callbacks.   They smile at you, help you get back on if you forget the words and generally support your whole process.

How to Choose A Song

What kind of song should I sing?

Those auditioning perform a portion of a song that is 16 bars/measures or about 30-45 seconds (not to exceed 1 minute) to a backing (karaoke) track of their choice.  That means that there should not be any “lead vocals”.  It should be instrumental only so that the student’s voice can really be showcased.

Journey produces MUSICALS, so the song should be a musical theater selection from Broadway-style show/composer.  Do not sing a song from the show you are auditioning for.  This allows the Artistic Team to consider you for many characters, rather than the character who sings this song.

Take their time when choosing and preparing an audition song.  It’s important to research the show and the various characters  then select a piece that helps showcase them for the role(s) they’re interested in.  For example, if a student is most interested in playing the villain in the show, they should choose a song that captures that type of character.  If they are interested in the comedic role, an upbeat funny song is a perfect choice.  The judges may decide a different role is better for them, but the student should show their intention towards a character.

People who are hesitant about singing might want to consider a “patter” song that will showcase enunciation and an ability to perform to music.

To choose a song, you can listen to song samples on MTIshows.com or look up songs thru iTunes.  You’ll need to purchase a KARAOKE or backing track which to perform.  The judges really need to hear YOUR voice, so you are not allowed to sing along with a lead vocalist.  Likewise, a cappella (without any accompaniment) auditions are not allowed.

Resources for finding and editing your audition song.

Where to find Songs:

Callbacks are by invitation.  Those invited should come ready to dance (no need to prepare anything), and sing and/or read from the show.

How do Callbacks work?

After Auditions, the judges deliberate to determine who they would like to see at Callbacks.   The invitation list is posted on the Show Callboard along with instructions for participation.

If you are  NOT called back, it simply means that the judges got all the information they needed during Auditions.  It does not necessarily mean that the you are not cast.

Typically Callbacks consists of a Dance Audition where the Choreographer teaches a group number to those in attendance.  After it’s been taught, he/she will put students in small groups and they’ll dance the selection together for the artistic team to evaluate.

Another group of auditioners will be asked to  Cold Reading and Singing Callbacks.  The Artistic Team then works together to gather the information they need for casting as they watch people perform works from the show, receive direction, and demonstrate their character choices.

Tips for a successful Callback.

What if I want to be in a show, and can't make it to the audition?

Occasionally people are allowed to submit a video audition. Permission for this exception is granted only after prior arrangement with the Show Coordinator in conjunction with the Program Director.  Video submissions must be received by email by the designated cut-off audition time for the show the you are auditioning for.  All required paperwork must also be attached to the email submission.  The Judges will then watch the video during their deliberations and score the student in the same manner in which they did the other auditioners.  Some scenarios that may receive approval for this exception include:

Please talk to your Show Coordinator ASAP if you think you may be eligible for consideration.